Innovation Tokens - When to break from the status quo 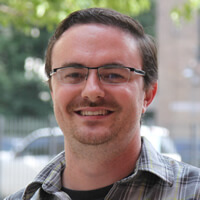 The word “innovation” is thrown around a lot in the startup world, and it generally has entirely positive connotations. But when applied wrong, innovation can do more harm than good. I first learned about the concept of innovation tokens from this blog post about using boring technology, and I've repurposed it into a framework I use for all kinds of decisions at Less Annoying CRM.

Why innovation can be bad

Let’s start by defining innovation. At its core, I think innovation is about doing something in a new way. It means thinking about a problem from first principles, being creative, and coming up with a solution that is different from what most people expect.

It’s not hard to see why the term is normally used in a positive way. Innovation is how we make progress. It’s how startups differentiate themselves. It’s how we dig our moat.

But there’s a downside to innovation. By definition it’s about doing something differently from what people expect, which means other people won’t “get” it at first. Every time you innovate, you create work for yourself, because now you have to convince the rest of the world that your innovation is worthwhile.

Think about how hard it was for Bill Gates to explain to David Letterman that the internet isn’t a fad. Or how long it took for customers to adopt cloud computing/SaaS rather than traditional on-premise software. Or some of the initial reactions to the iPhone.

In retrospect, we know that all of those innovations were well worth it, but that doesn't mean it was easy for the innovators. It’s not enough to be right, you also have to convince everyone else that you’re right.

This applies to all aspects of your business. How should the features of your product work compared to your competition? What technology should you use to build it? How should pricing work? How should your internal policies be set up? All of these things have room for innovation, but every time you innovate, you have to do the extra work of convincing everyone else that your new way is the right way.

The concept of innovation tokens is very simple: You get three innovation tokens*. Every time you innovate (i.e. do something other than what’s standard) you spend one of those tokens. Once you’ve spent them all, you’re out, and you don’t get to innovate anymore.

All of a sudden, innovation doesn’t seem like such a universally good thing. Every time you do it, you’re robbing yourself of an opportunity to innovate elsewhere. This forces you to be deliberate about how and where you differentiate yourself.

Are there places you’ve been innovating that don’t really matter? Maybe you’d be better off just sticking to the status quo so you can spend that innovation token on something more important to your business

*The number three is totally arbitrary. It could be five or ten, or any other number. The point is that if you spend an innovation token on one thing, you don’t get to spend it on another.

I’ve got lots of examples of misallocating innovation tokens at Less Annoying CRM, but I think the main one is employee benefits...

Prior to starting LACRM, I worked at a health benefits company. I became an expert on how employer-sponsored health insurance works in the US, and I formed some strong opinions. To summarize, I basically think that employee benefits are a tool that companies use to manipulate employees. Humans are terrible at valuing things. Companies know that, and so they offer “benefits” which they know will be mis-valued by employees so they think they’re getting a better deal than they are. It’s much more honest to just pay people money and let them buy whatever they want.

So we spent an innovation token. We gave employees more money, and virtually no benefits. I thought (and still think) that this was the best approach for everyone involved. But the fact of the matter is that it’s not what people expect. Other people haven’t spent years working in the benefits space, and they aren’t particularly interested in revolutionizing how we think about benefits. What they know is that good companies offer health insurance and 401(k) matching. If we don’t do that, we must not be a good company.

So every single time I gave a job offer, I had to spend some time explaining to people our benefits philosophy, assuring them that ever since Obamacare passed, individual insurance companies can’t deny coverage to anyone based on their medical history, etc. In the end, it was fine. Like, people still accepted our job offers and I’m not aware of anyone quitting because of benefits.

But it was hard for no reason. We aren’t a benefits company. The future of LACRM won’t really be impacted by whether or not we’re “right” about employee benefits. I was spending time and reputational capital and I received no real benefit, even if I was right.

When I learned about the concept of innovation tokens, it was clear that we shouldn’t be spending a token on benefits. Now we have health insurance and other standard benefits. I honestly believe that it’s worse for employees (at least in a big picture systemic sort of way) but it’s what people want, and it’s just not the battle I should be fighting.

Compare that to a situation that I still think is worth an innovation token: Remote work. I recently wrote about why we require some in-person work for LACRM employees. At a time when the whole world seems to be shifting to remote, we’re swimming upstream and going the other direction.

There’s no question, this costs an innovation token. There are a lot of people out there who don’t want to work for a company that requires in-person work, and it’s definitely something we have to explain to people. But we’ve decided that it’s worth it because it’s related to a durable competitive advantage. Our team is a huge part of what allows us to do what we do, and our connection to St. Louis and shared in-person culture are both huge parts of that.

There’s plenty of room for debate about whether we made the right decision regarding remote work, but the point is that who and how we hire is worth spending an innovation token to get right. Employee benefits isn’t.

If this has resonated at all, I encourage you to do a quick self-audit. Where are you spending innovation tokens right now? What are the things you feel like you have to keep explaining to people? What do you know about the future that other people can’t see yet? Now compare that stuff to what matters for your business. Are you innovating to differentiate yourself in a meaningful way, or are you just innovating to be clever even when it doesn’t really matter?